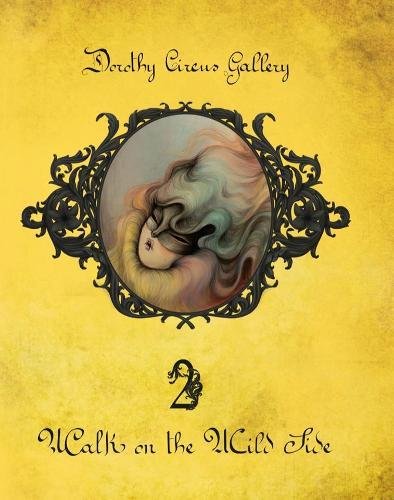 Walk on the Wild Side is the second volume in a trilogy that tells the story of Dorothy Circus, one of the most famous art galleries in Rome. Alexandra Mazzanti, owner and curator, stands out immensely for her artistic foresight and her unconditional love for the Low Brow and Pop Surrealism movements. She has made the Dorothy Circus Gallery a landmark of the genre - especially in Europe, where the gallery has become the primary reference point for Pop Surrealism.

Review
"The opening night attracted the who's who in Rome, which is always a good thing when the proceeds go to the charities Greenpeace and Oceania." --Hi Fructose, on the Green Blood show at Dorothy Circus


The Dorothy Circus Gallery is a space dedicated to Pop Surrealism and new trends in the visual arts. Inaugurated in Rome in 2007, the gallery was born on the border between New York and the Alice's Wonderland, and has featured many renowned artists including Jonathan Viener, Ron English, Sas and Colin Christian, Camille Rose Garcia, Alex Gross, Joe Sorren, Tara McPherson, James Jean, Travis Louie and many others.
The Gallery, selected by Juxtapoz magazine as one of the top 100 galleries in the world is now a leading European centre for Pop Surrealism. The Gallery and its artists are often reviewed by major newspapers and television channels and have numerous collaborations with the most renowned international galleries and institutions. Thanks to its international fame and esteem, the Dorothy Circus Gallery is not only committed to bringing the most famous artists from the international pop surrealism scene to Italy, but is also in search for new Italian, European and Eastern talents. The goal of the Dorothy Circus Gallery is to display the forerunners of the new figurative avant-guard language. This movement is kinetic and sustained by their artists' style which strengthens the collective life of the gallery.